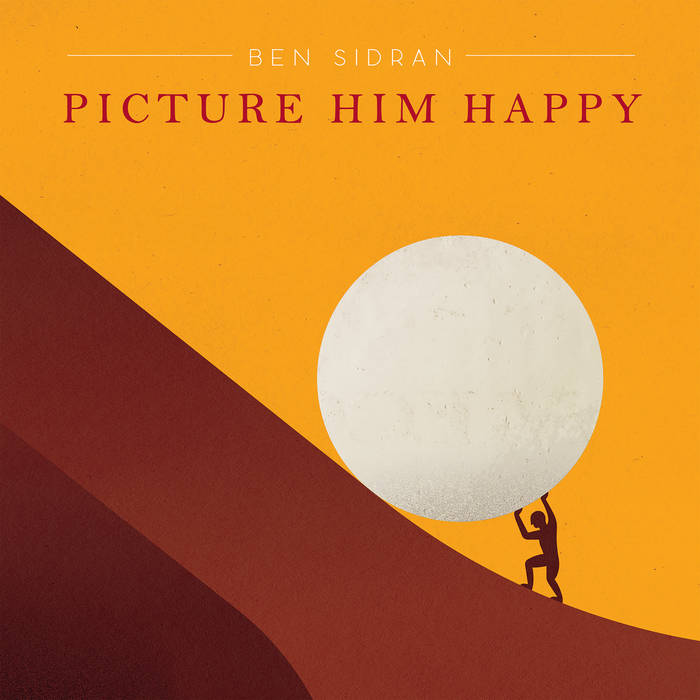 PICTURE HIM HAPPY is a response to the saying that our music is made by and for people who have chosen to feel good in spite of conditions: you often can’t affect what happens but you can determine how you respond to it. It’s a record that’s right on time.

The central image is that of Sisyphus, the mythical man doomed to push the same rock up the same hill for eternity. French philosopher Albert Camus suggested that given the similarity between the life of Sisyphus and our lives today, the only reasonable response is to try to imagine him happy – hence the title of this project. We live in hard, frustrating times – perhaps we always have – and now more than ever, we need to turn to the music to make this hill we climb bearable.

With logic like that, we give you ANOTHER OLD BULL, a song about Trump and all the other little trumps out there. The antidote to their cynicism and self regard is found in the prescient music of the late Mose Allison, whose personal wisdom and wise words are recounted in TOO MUCH TOO LATE as well as in one of the first songs he wrote, BIG BROTHER, and one of his last, WAS. Mose was a shining light of reason in a world of dark dissemblance.
The song I COULD BE WRONG recounts what we’ve lost and the song EVERYBODY’S FAKING IT explains how we lost it. And for levity, there’s a love song to the New York subway that brings the hipsters in and out of Brooklyn, THANK GOD FOR THE F TRAIN, and a jaundiced look back at our communal COLLEGE experience.

All together, twelve songs, recorded in a hot three days in a Park Slope studio with Will Lee on bass, Will Bernard on guitar, John Ellis on saxophone, Leo Sidran on drums and the inimitable Moses Patrou and Trixie Waterbed.

If music is not only a reflection of our lives but a way to understand it, this album, once again, establishes Ben Sidran—in the words of DownBeat magazine—as “the voice of his generation”.

Bandcamp Daily  your guide to the world of Bandcamp