← more from
Unlimited Media Limited
Get fresh music recommendations delivered to your inbox every Friday.
We've updated our Terms of Use. You can review the changes here. 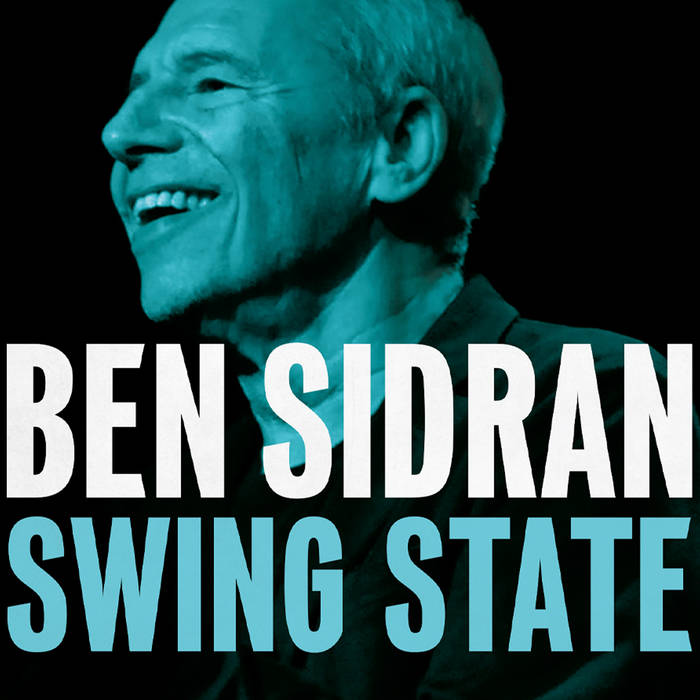 gdkenny I'm an old guy now, but I've been digging Ben's music since the days of my youth. This album makes me feel good... in spite of the state of the world.

Swing State is my first all instrumental record. I’ve done instrumentals before but this is my first piano trio project. My favorite records when I was a kid were the trios of Horace Silver, Bobby Timmons, Bud Powell, and later Sonny Clark. The piano trio format was what first excited me. So circling back sixty-some years later I wanted to feel like those musicians felt when they played. I know I can’t play like them, but I can feel like them. That’s what Swing State is.

When I started thinking about the repertoire I first considered doing some of my favorite bebop compositions from the 50s, and from there I started looking at older and older material until I wound up choosing mostly songs from the 1930s. I now realize that these are the first songs I played when I started learning to play piano as a boy.

I had a Fake Book - an illegal book of sheet music - that was given to me by a friend of my father’s, a piano player who had worked professionally in the 1930s. So I got my start playing all these tunes from that period. Songs like “Tuxedo Junction,” “Ain’t Misbehavin,” “Lullaby Of The Leaves,” and “Over The Rainbow.” I wasn’t even aware of it when we recorded the album, but now I can see that my reasons for choosing this repertoire run very deep.

I like the title Swing State because it describes the emotional space that the music puts you into when it swings. It’s not from your brain, it’s from your body. It’s what it feels like when that pulse - that loose, loping pulse that was at the heart of what people have always tried to do in jazz (until recently when swing is just an option). Swing used to be the thing that you wanted to establish to make people feel good.

The first time I felt this I was 6 or 7 years old and I heard a record by Jimmy Forrest called “Night Train”. It flipped me out! I heard it in an art class I went to where the teachers played us the song and asked the kids to draw what it felt like. I don’t remember my drawing, but I do remember running around the room. I never felt that way before. It set something off in me that all these years later is still there.

As human beings, we have a tendency to clench. It’s our fight or flight impulse when we’re threatened. Sometimes it’s work just to relax and to let go. You can’t really feel good unless you’re relaxed and you let go. It’s been a real challenge to do that recently. I’ve used these troubled times over the last couple of years to try my best to get in touch with my best intentions from when I was young.

For example, I always told myself that when I got to a certain age I would read all of the great books that I pretended to read when I was in college. This record is kind of a piece with that: to make a trio record filled with the songs of my childhood. As the saying goes, “leave with the one that brought you”.

I couldn’t have made this record without Billy Peterson on bass and Leo Sidran on drums. The three of us have played together in so many situations over decades that we don’t have to talk about anything. The music just comes together. We walked into the studio without any arrangements and within 10 or 15 minutes we had a fully developed conception for the record. It came together naturally, authentically and quickly. It really reflected who I am right now. It’s not an idea that got done; it’s a done deal.

In his 60-year career, Ben Sidran’s love of music has led him to be a pianist, a singer-songwriter, an author, a record producer and a music journalist among other things. He has been his own short-order cook, juggling his own career and his projects. But we all return to our core, that is, the music that fueled our desires and tacitly directed our lives. Ben went home at the age of 78 with this album. His core was/is modern jazz piano of the late ‘40s, 50s and early 60s. The trios of Bud Powell, Horace Silver and Oscar Peterson among others informed his vocabulary and his imagination. How can you not love a musician whose favorite pianist is Sonny Clark?

The seed for this project was planted a few years ago at Tommy LiPuma’s house when Ben was passing time at his piano and Tommy urged him to do an instrumental album. I for one am glad he did. As the idea flourished in Ben’s mind, he opted for ‘30s standards instead of be-bop anthems ‘50s funk.

Ben and Billy Peterson have worked together for almost 50 years and are amazingly in sync at all times. Leo is Ben’s now 45-year-old son who wears as many hats as his father does. Here he plays his first instrument (drums), often channeling Vernel Fournier.

Like the great trios, this music is highly arranged to be loosely played. Ben uses all the pianistic devices of the day to create new music, bathed in warm familiarity with fresh invention. The time-honored compositions are transformed in varying degrees. The haunting film-noir ballad “Laura” and the sweepingly sentimental “Over The Rainbow” are given new rhythmic patterns at faster tempos. Incidentally, there are two takes of “Laura” here. I prefer the alternate take because it has a deeper focus on theme and variation. But that’s jazz: one man’s alternate take is another man’s master! The melodies of swing classics like “Stompin’ At The Savoy” and “Tuxedo Junction” are fragmented and grafted over new rhythms.

And so on and so on. Much to discover and enjoy here in complete comfort.

Liner Notes by Michael Cuscuna
In memory of Morgan Usadel

Bandcamp Daily  your guide to the world of Bandcamp